Fresh Striped Bass on the Grill

When you spend the day fishing in the Boston Harbor and you come back with loads of fresh striped bass, you better hope you like fish! Luckily, Captain Scott was able to give us a couple of ideas on how to prepare the fish. Turns out, with a great starting ingredient it's pretty easy.

For Nick's birthday this year I actually got my act together and planned a day fishing trip out of Boston Harbor.  Honestly, the reason it took a couple of years to get around to it was that finding a good, convenient boat proved to be more difficult than I originally thought.  Finally I reached out to some friends on the North Shore thinking they would know of places up there, and one good friend actually recommended a boat out of Constitution Wharf in Charlestown - PERFECT.

Fishing Frenzy is owned by Captain Scott, who has a day job but during the summer takes groups out on fishing trips.  The whole atmosphere was totally relaxed; the only rule was there were no rules. Scott and his first mate, Brian, were super helpful and eager to please. Rather than spending the time trolling, their eyes were on the water, watching the birds and looking for splashes. We were constantly moving around in search of the fish. Once settled, the two of them were casting and the minute a fish was hooked, they let us have the fun and reel it in.  Nick actually cast and caught his own fish!

Email ThisBlogThis!Share to TwitterShare to FacebookShare to Pinterest
Labels: Around Town, Fish

Maine - The Way Life Should Be

Nick and I are taking a much needed vacation this week!  We are renting a cottage until Saturday and planning on spending our time hanging out on the dock in the sunshine enjoying some time away. 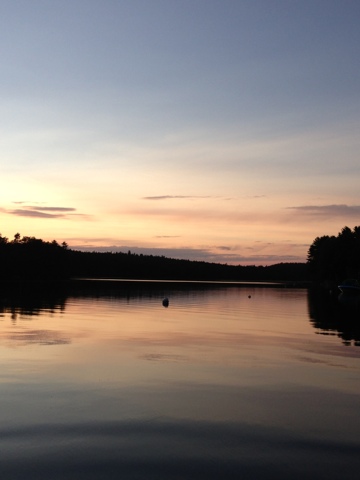 With views like this I think we will be very happy here :) What's even better, the pups get to hang out with us.  More photos to come - follow me on Instagram (see right hand column for link) for updates!

Over the last eight months, Nick and I have been slowly exploring all that Charlestown has to offer. One of the places we were most looking forward to visiting was Navy Yard Bistro. As the name indicates, the restaurant is located right in the middle of the Navy Yard, but if you weren't watching out for the blue awnings, you might walk right by it! Word around town was they were super dog friendly, and given that Arthur is a bit challenging to leave behind, the three of us walked over on a beautiful Saturday afternoon. 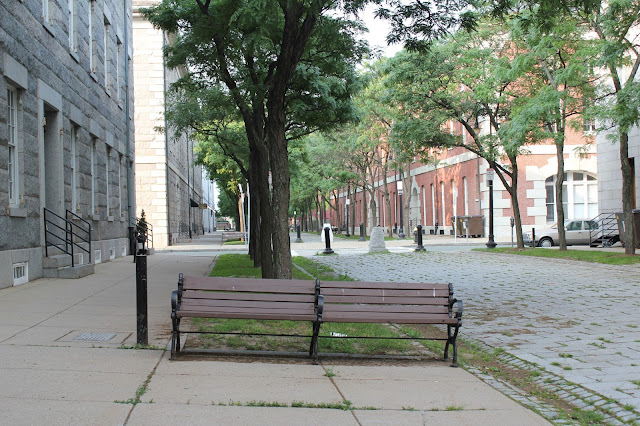 The Naumkeag Ordinary - a Trip to Salem, Massachusetts

When you see friends' dreams come true, it is always something exciting.  This is definitely the case when it comes to Naumkeag Ordinary. After working as the GM at CoDa for a number of years, our friend Matt Brady and chef Dan Bitler took their culinary skills to Salem to open their own restaurant, which as most of you know is no easy task!  After a couple of months renovating the space of a former Polish restaurant, Matt and Dan opened Naumkeag Ordinary, which specializes in local cuisine and seasonal influences.  The bar has a rotation of beers on tap that can change daily depending on what the locals favor.  One beer was gone within the day after word got out that Naumkeag had it on tap!

To give some context behind the restaurant's name: "Naumkeag" is the name of the native American tribe that originally lived in Salem and the name that was originally used for the town, and an "Ordinary" is a colonial term for a tavern.  The name harkens back to the history that Salem is so famous for (when you're there, you can see some cool historical photographs, including those of a baseball team with "Naumkeag" across their uniforms!)